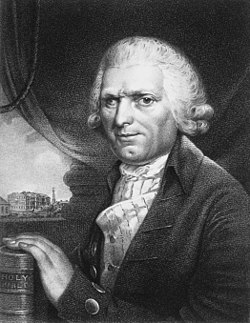 On 21 March 1809, several hundred people filed into the surgeons’ room at Leeds General Infirmary to view the body of Mary Bateman, each paying three pence for the privilege. The notorious ‘Leeds witch’ had been executed the previous day at York for murdering Rebecca Perigo and defrauding Rebecca’s husband, William. It was an elaborate scam which involved slowly poisoning the couple whilst tricking them into parting with money and possessions in the vain hope of a cure. She probably would have got away with it but for William’s stubborn refusal to die.
As was the custom with executed criminals at the time, Bateman’s body was publicly dissected during a series of lectures and, because of her notoriety, this was the best attended demonstration of its kind in Leeds. The more superstitious among the spectators touched Bateman’s cold flesh, believing it to have healing properties (despite her being utterly discredited by her trial). Later, strips of her tanned skin were sold as charms. Her skeleton was, until recently, on display at the Thackray Medical Museum in Leeds.
The man in charge of this grisly spectacle was eminent surgeon William Hey, one of the founders of Leeds General Infirmary, assisted by his son, William Jr. His renown as a surgeon and anatomist is still recognised today by a procedure known as Hey’s amputation (of the foot). He also gave his name to an instrument used to make incisions into the skull, known as a Hey saw.
William Hey was born in Pudsey on 23 August 1736, the son of Richard and Mary Hey. Mary’s father was a surgeon and both William’s brothers, John and Richard, would also grow up to be doctors. At the age of four, he was blinded in his right eye by the nib of a quill pen. Having been educated at a school near Wakefield, he became an apprentice surgeon in Leeds before completing his training at St George’s Hospital in London where he studied under William Bromfield.
In October 1767, what was to become known as Leeds General Infirmary opened in a house off Kirkgate before moving to Infirmary Street in 1771. Hey was actively involved in its promotion and founding and he served as its senior surgeon from 1773 to 1812.
Hey was friends with scientist Joseph Priestley, who helped to secure Hey’s election as a Fellow of the Royal Society in 1775, and served two terms as Mayor of Leeds. In this latter role, Hey became so unpopular, because of a puritanical crackdown on profanity and vices, that he was burned in effigy.
Despite this, he is best (and rightly) remembered for his pioneering role in establishing the Leeds General Infirmary and as a healer of the sick. He died in 1819, aged 82. There is a blue plaque on what used to be his Georgian townhouse in Albion Place, Leeds (it is now a restaurant). 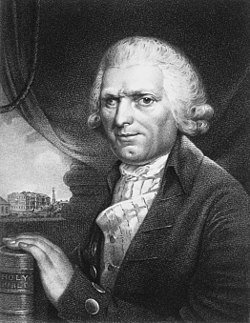 One thought on “The surgeon, the witch & the hospital”