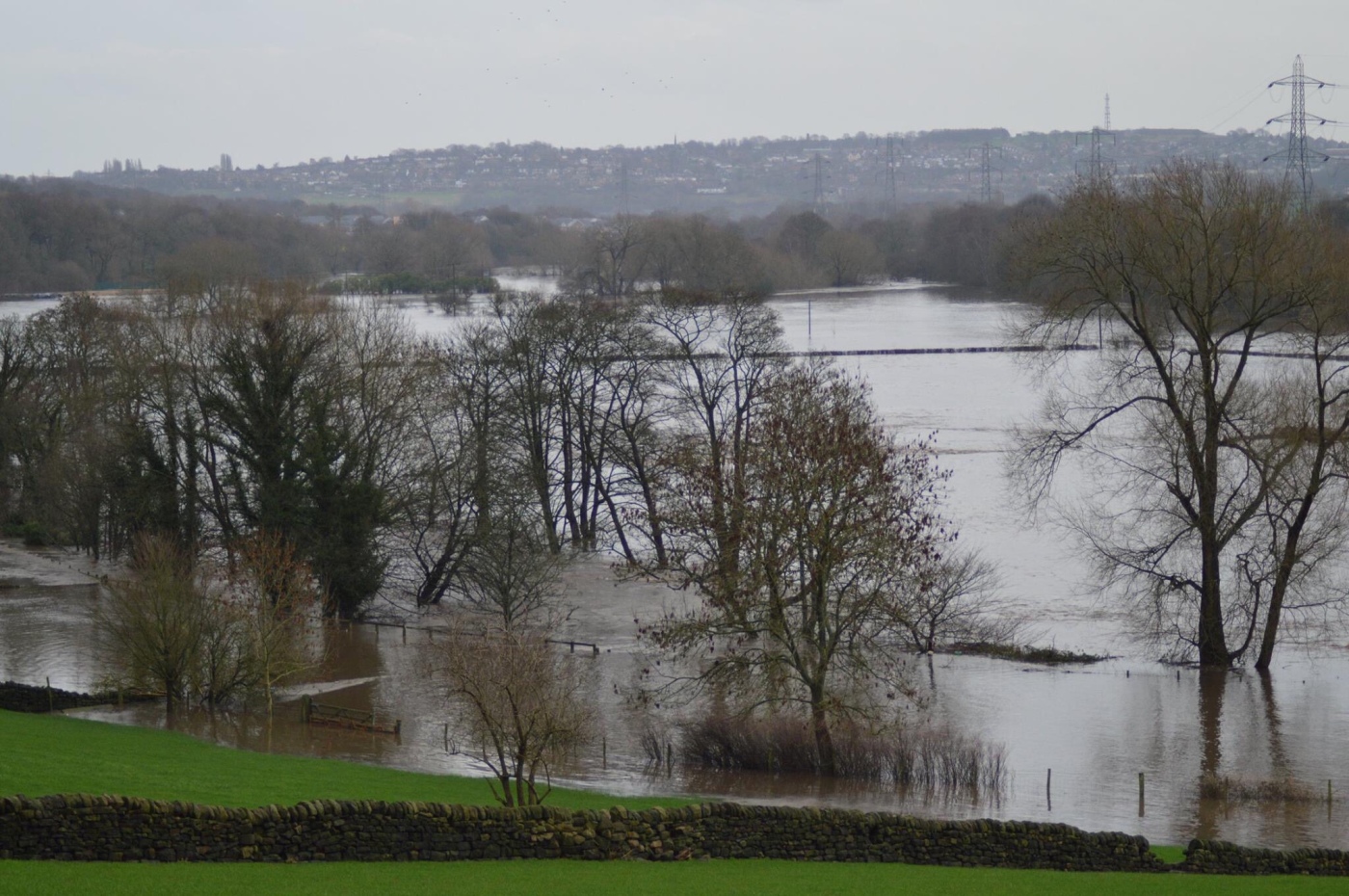 On 20 & 21 October 1775 a torrent of flood water washed away the bridges at Calverley and Swillington. A hare cheated death by floating downstream on the back of a dead sheep.

Several more bridges were destroyed in the floods of December 1790. Mr Gilyard’s dye house, on Sheepscar Beck, was inundated and a large amount of cloth was carried away.

On 9 February 1795, a prolonged cold spell was followed by a rapid thaw which saw large icebergs in the raging Aire. A boat was torn from its moorings and smashed to pieces against Leeds bridge. Three men, and countless livestock, drowned.

When a peat bog above Keighley became saturated during a torrential thunderstorm on 2 September 1824 huge quantities of black, peaty water rushed into Leeds, carrying with it large rocks “with a terrible noise and violence” (Edward Parson’s History of the District of Leeds). Large areas of farmland were destroyed but no lives were lost. Reverend Brontë of Haworth (father of the famous literary sisters) wrote about this phenomenon and ascribed it to an earthquake.

One of the most destructive floods to afflict Leeds occurred on 11 July 1829 when Black Hill Dam (modern-day Golden Acre Park lake) burst its embankment. Fences, walls and bridges were all swept away and mills further downstream were inundated. Houses and cottages were deluged and many families were made homeless. The occupants of Scotland Mill “fled for their lives in a state of nudity” (Leeds Intelligencer).

During torrential rain in Leeds on 13 December 1907, sand and other debris clogged the tram lines at the junction of Wellington Street and Aire Street, rendering them useless.

Photographs of the spectacular floods of December 1921 appeared in the Leeds Mercury on 30 December 1921 (Picture credit: British Newspaper Archive) 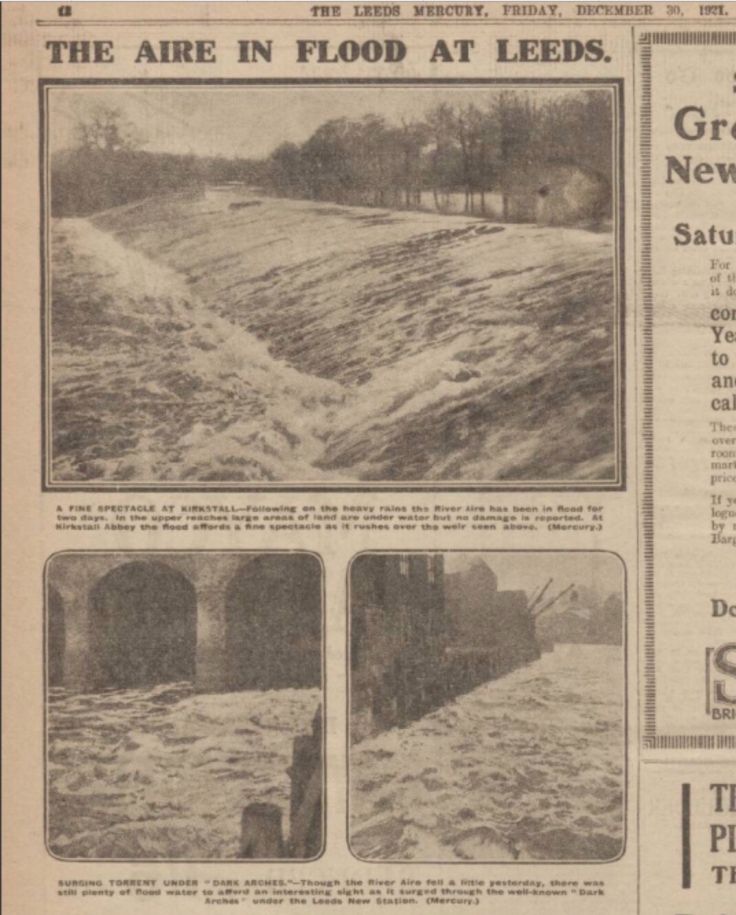 On 10 October 1936, 1¼ inches of rain fell in Leeds, causing the Aire to burst its banks at Allerton Bywater.

Several families were “imprisoned in their bedrooms” (Leeds Mercury) during heavy floods in January 1939.

In September 1946, the Rivers Aire, Wharfe and Calder all burst their banks and water covered hundreds of square miles of countryside. Two bodies were retrieved from the floodwater.

In more recent times, more than 100 properties were damaged by floods in 2000 but this paled in comparison with the Boxing Day flood of 2015 which inundated the Kirkstall Valley and afflicted more than 3,000 properties in the city. 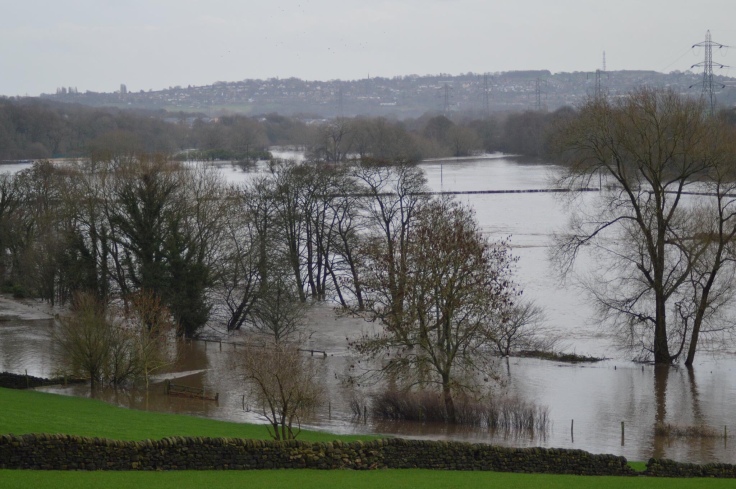 One thought on “A Floating Hare & Icebergs in the Aire”