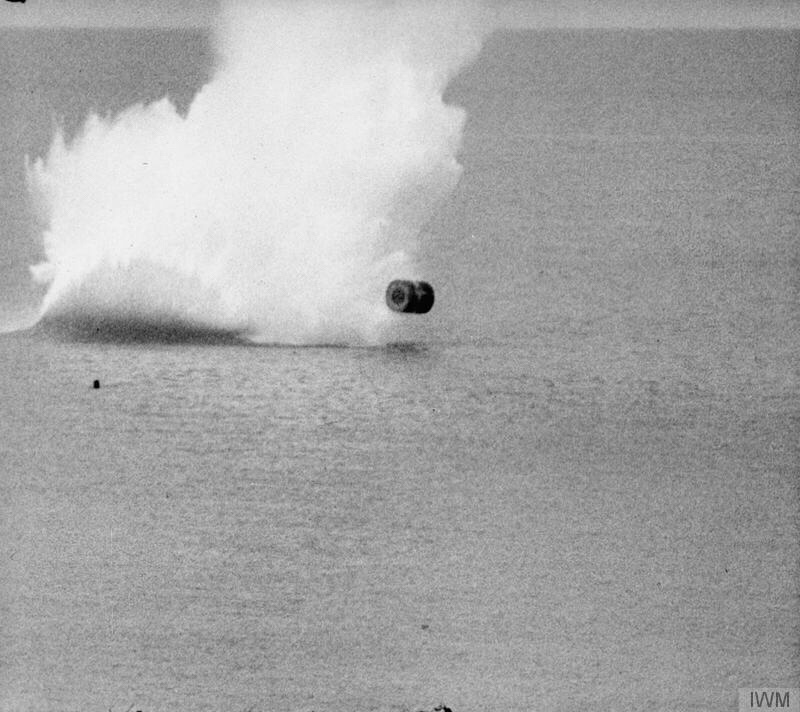 On 31 July 1943, more than 2,000 spectators packed out Guildford Cricket Club’s Woodbridge Road ground to see their home-town club take on a British Empire XI. The star attraction for a public deprived of first-class cricket by the war was undoubtedly West Indian all-rounder Learie Constantine (later Sir Learie and then Lord Constantine, the UK’s first black peer). He was the first West Indian to take a wicket in Test matches and one of the Wisden Cricketers of the Year in 1939.

Batting at number five for the British Empire XI, Constantine was bowled by a local leg-spin bowler, George Edwards, for just 11. Little more than two months earlier, Edwards had used his knowledge of leg-spin bowling to far more devastating effect.

At the outbreak of the Second World War, Edwards was a designer employed by Vickers-Armstrong and, in 1942, was consulted by engineer and inventor Barnes Wallis who at that time was experimenting with a bouncing bomb which could be used to target dams and enemy warships by being skimmed along the surface of the water.

Wallis’s early trials had been promising but he was not yet satisfied that he had produced the finished article. Edwards, applying his knowledge of spin bowling, suggested that the application of back-spin to the bomb would increase its effectiveness. Wallis was sceptical but subsequent trials revealed that a bomb with back-spin bounced up to fifteen times, whereas an unspun projectile could only manage four or five bounces. Crucially, the extra height gained with each bounce was sufficient to skip the bomb over anti-torpedo nets.

After further trials and modifications, the resulting bomb (known as ‘Upkeep’) was famously used against the dams of the Ruhr Valley during the famous Dam Busters Raid of 16/17 May 1943.

After the end of the war, Edwards enjoyed a highly successful career in the aviation industry. He was knighted in 1957 and made a member of the prestigious Order of Merit in 1971. After his retirement, he served a term as President of his beloved Surrey County Cricket Club. He died in 2003, aged 94.

One thought on “The Art of Leg-Spin & the Bouncing Bomb”