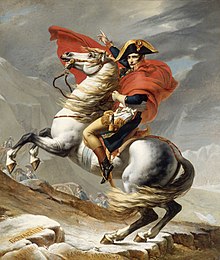 John Spencer Stanhope, of Horforth Hall and Cannon Hall, was born on 27 May 1787. On completion of his studies in 1810, he embarked on a journey to Greece to study ancient antiquities. It was the beginning of an incredible adventure.

At the time, the continent was ravaged by war between Napoleon’s France on one side and a coalition between Great Britain, Russia, Prussia, Austria, Spain and Portugal on the other.

Stanhope’s voyage to the Mediterranean took him to the Iberian Peninsula (Spain and Portugal) which was locked in a bloody struggle. He stayed for a time in Cadiz, which was being besieged by French forces, and observed with interest the defensive and offensive operations there.

He continued by sea to Gibraltar, from where he travelled by land to Valencia. At Valencia, he boarded a vessel captained by a Gibraltarian privateer who had assured Stanhope that he would keep him out of the clutches of French pirates in the Mediterranean.

Stanhope was however betrayed by his supposed protector and delivered as a prisoner to the French at Barcelona where he was allowed, at first, to live on parole. He took fencing lessons from a French sergeant until discovering that his tutor was implicated in a treasonous plot. Stanhope reported the sergeant to the French authorities but, as an enemy alien, was immediately assumed to be embroiled in the conspiracy himself and cast into a dungeon.

He languished there for two months before being acquitted and transferred, still as a prisoner of war, to the French fortress at Verdun where he first encountered Napoleon.

Stanhope remained at Verdun for two years before finally being allowed to live in Paris where he soon gained a favourable reputation as an academic of distinction and came to the attention of the Institute of France.

The Institute petitioned Napoleon himself for Stanhope’s release. The Emperor granted the petition and issued Stanhope with a passport before departing Paris to resume his campaigning.

Stanhope’s adventure was not yet over though. In Napoleon’s absence, the Minister of the Interior revoked Stanhope’s passport. Getting wind of his impending recapture, Stanhope fled and escaped into modern-day Germany just after Napoleon had agreed the Armistice of Pleischwitz with Prussia and Russia following the Battle of Bautzen in May 1813.

From there, Stanhope finally made it back to England much to the joy of his family. He did not stay at home for long however and eventually made it to Greece where he studied the ruins of Olympia and Platea. He dedicated his subsequent influential book to the Institute of France.

He also left us with the following memorable description of the Emperor Napoleon:

“When I first saw him, he was in a coloured night-cap, not very imperial. He had travelled all night. His face looked swollen, his complexion sallow and livid; his eyes – but it is impossible to describe the expression of those eyes! I can only say that they were the true index to his character.

There was in them a depth of reflection and a power of intention of seeing into the souls of men. There was a murkiness, a dark scowl, that made me exclaim “Nothing in the world would make me go one hour in a carriage with that man!” I could understand the power of that eye, under the glance of which the proudest heart of France shrank abashed; but, still, the whole countenance rather brought to memory the early impressions I had formed of a moody schoolmaster than those of a Caesar or an Alexander”. 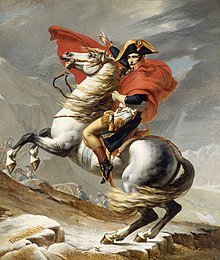 One thought on “The Yorkshireman who escaped from Napoleon”