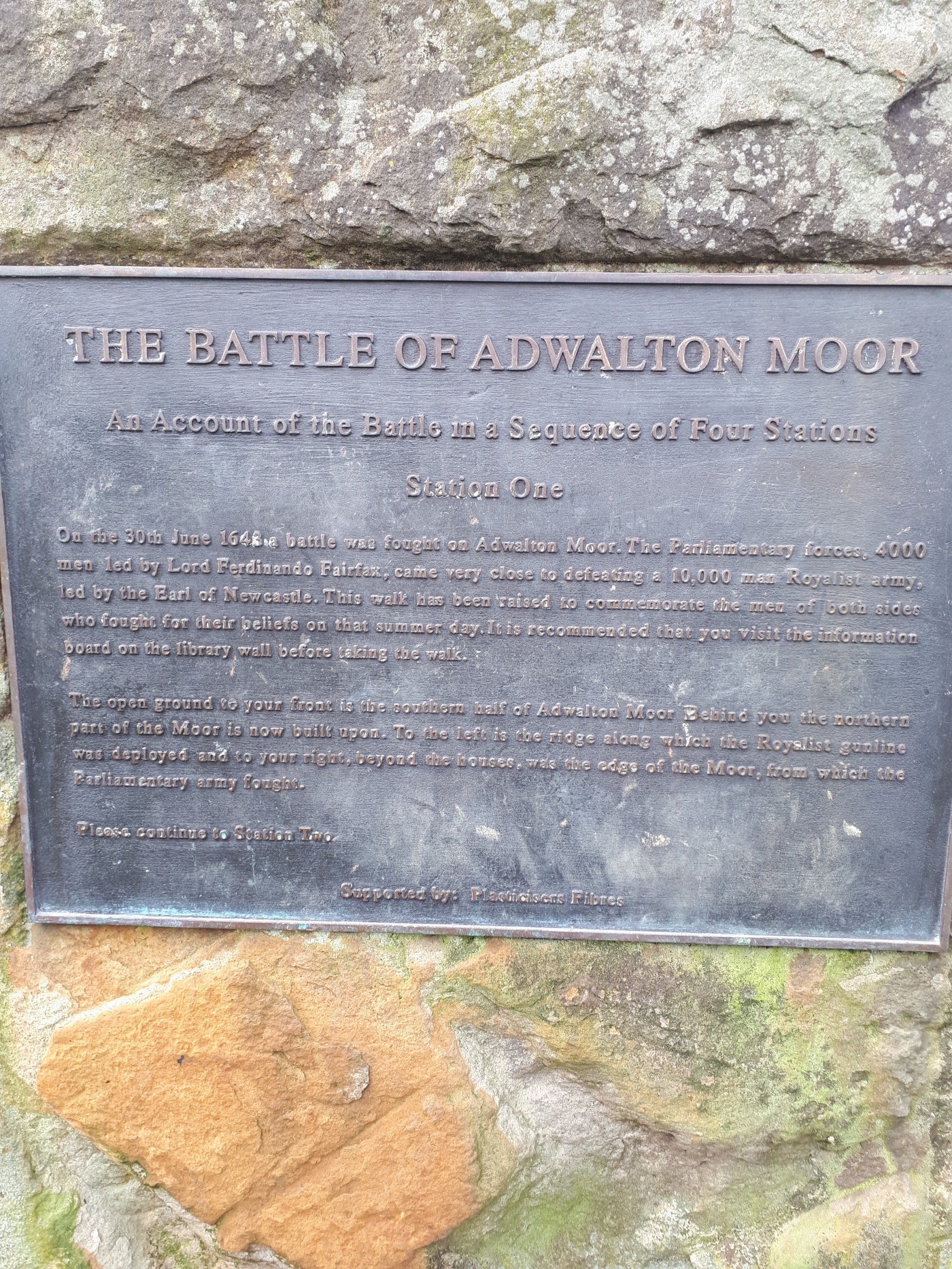 Yorkshire played a pivotal role in the English Civil War. Here, it was largely a class war: the landed nobility tended to favour the King; the working classes in places such as Hull, Bradford and Leeds generally supported the Parliamentarians. I have written about the earlier Battle of Leeds here

On the night of 29/30 June 1643, the Royalists, led by the Earl of Newcastle, were camped outside Bradford intending to lay siege to the town and starve out the 4,000 or so Parliamentarian soldiers based there under the command of Lord Fairfax and his son, Sir Thomas Fairfax. Realising that Bradford could not withstand a siege, Lord Fairfax led his forces out of the town at 8am on 30 June hoping to take the Royalists by surprise. They would have left much earlier but for the dilatoriness of General Gifford and the element of surprise was largely squandered.

The rival forces met on Adwalton Moor at the village of Drighlington (roughly four miles south east of Bradford and a similar distance south west of Leeds). Despite being heavily outnumbered, the Parliamentary forces resisted the initial Royalist cavalry charge and inflicted heavy casualties from concealed positions along the hedgerows which surrounded the moor.

Just as Newcastle was contemplating a humiliating retreat, General Skirton requested permission to launch an attack of his pikemen against the Parliamentarian flank commanded by the hapless Gifford. The assault was an immediate success, Gifford’s flank gave way and Fairfax’s men scattered to Halifax and Bradford. The Royalists had won the day but, ironically, by gaining control of the West Riding, the Royalists forced the Parliamentarians into an alliance with Scotland. This in turn enabled the Parliamentarians to regain control of the North of England at the Battle of Marston Moor in 1644.

Today, the battlefield is largely surrounded by residential and industrial developments but an area of scrubland still survives. The decisive moments of the battle took place on an area of common land behind what is now Drighlington Library. A number of commemorative stones tell the story of the conflict, beginning with the first stone (pictured) which is by the library car park. 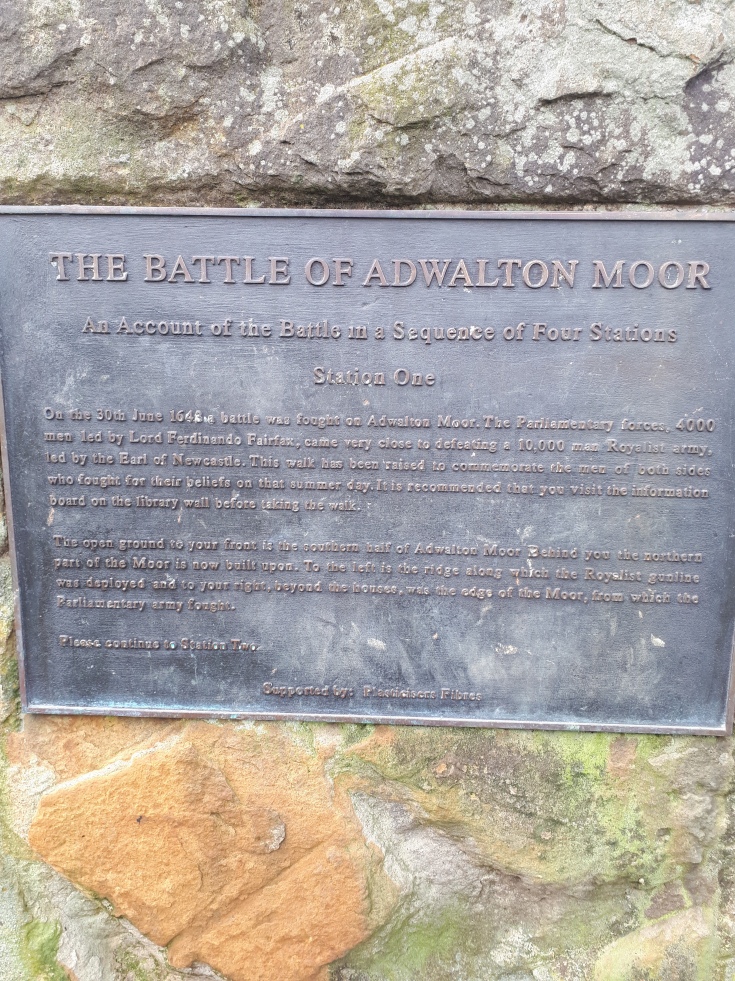