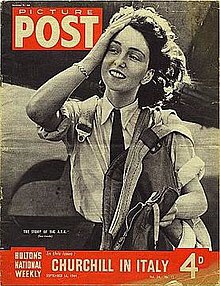 The tales of aviation heroism during World War Two are legion. History rightly celebrates the exploits of the Few and of the Many (respectively, the pilots of the Battle of Britain, to whom so much was owed by some many, and the tens of thousands of others who paid the ultimate sacrifice in front line service). Relatively little attention is paid, however, to an extraordinary group of female pilots who overcame the prejudices of the Establishment to play a vital part in the defence of the realm. This is their story.

In the summer of 1940, Britain was on the brink of catastrophe. Mainland Europe was in the iron grip of Nazi control, France had surrendered and the British Army had miraculously escaped home from the beaches of Dunkirk. Hitler turned his attention to an invasion of Britain and the threw the might of the Luftwaffe at the RAF. The demand for aircraft and pilots to stave off the attacks, and replace the inevitable losses, was overwhelming. Aircraft production was intensified but there were barely enough trained pilots available to fly them from the factories to the bases.

More enlightened members of the Air Ministry, thanks to the lobbying of the remarkable Pauline Gower, a civilian pilot, proposed the recruitment of female pilots to the so-called ferry pools. It was not a universally popular suggestion, opposition to which was most starkly voiced by the editor of Aeroplane magazine:

“The menace is the woman who thinks that she ought to be flying in a high-speed bomber when she really has not the intelligence to scrub the floor of a hospital properly, or who wants to nose around as an Air Raid Warden and yet can’t cook her husband’s dinner.“

Fortunately for Pauline Gower and those first female aviation pioneers, this view did not prevail and 164 women were recruited to the ferry pools of the Air Transport Auxiliary, including Amy Johnson who had famously flown solo from England to Australia before the war but who would be killed in active service when she had to bail out of her plane in 1941. This is not to say that they did not face continued prejudice; indeed, the all-female ferry pool at Hamble was known as the lesbians’ pool. They did, however, receive considerable press attention, such as the front page of The Picture Post, featuring First Officer Maureen Dunlop which illustrates this post.

The most obvious sign of unequal treatment was their pay. Male ferry pilots received £280 per year and £10 per month flying pay. Their female counterparts, however, were paid £230 and £8. This was in spite of the fact that they flew the same aircraft and faced the same dangers. The most qualified female ferry pilots were certified to fly 138 different types of plane, including the iconic Spitfires and Lancasters; moreover, 20 of the 164 female pilots were killed in action.

Gower, ably supported by Irene Ward MP, successfully lobbied the Government to equalise the pay of male and female ferry pool pilots. The announcement was made in Parliament on 18 May 1943. It was the first time that the Government had sanctioned equal pay for men and women in any of its agencies and it was a remarkable turnaround from the position just a few years earlier when there was such resistance to the use of women pilots at all.

In the long run, however, it proved to be one step forward, followed by one step back. At the end of the war, demobbed male pilots were given priority over female pilots for aviation roles and sadly something of the pre-war chauvinism returned.