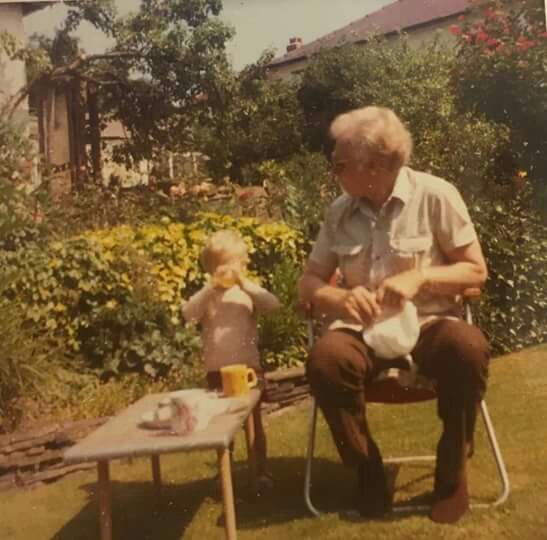 Gangi (my maternal grandad) died in 1994. I was 22 years old and therefore barely knew him as an adult. I knew that he had served in World War Two but that was not unusual; all his generation had. To them, it was not heroism; it was a grim and sombre duty. Millions of ordinary men and women did extraordinary things against a backdrop of unspeakable horror. For many, it was unspeakable in a literal sense. Men did not return home to brag about their exploits. They returned to rebuild lives and remember and grieve for those who never made it back.  They were not expected or encouraged to talk about their ‘feelings’. They were expected to display ‘moral fibre’ and get on with their lives. One wonders how much oral history has been lost as a result.

Gangi was just 74 when he died. It was not a great age and many of his generation survived him, including my grandma (his widow) who lived for another 11 years after his death. But it is now almost a quarter of a century since Gangi passed away and very few of his peers remain (he would have been 97 this year).

Each World War Two anniversary is now commemorated by the nation with greater poignancy as living links to those events grow fewer. Soon there will be no-one left to recount first-hand what they witnessed and experienced during the British Empire’s “finest hour”.

For most of the time I knew Gangi, I was too young to realise the significance of his service and too young to be curious. All I knew of his war were snippets. I had no details, no context; just a collection of anecdotes suitable for a young child.

I knew that he had served in the Royal Air Force but lived his whole life without flying in ‘plane (which I used to tease him about). He sailed around Africa, stopping at Cape Town beneath a flat-topped mountain like a table. From there to Egypt where he swam in a canal so shallow that a friend scraped off all the skin from his chest when he dived in and hit the bottom.

He taught me to count to five in both Arabic and German and how to drive a car on a disused airfield that I was only vaguely aware had been used by the RAF during the war (he never mentioned that he had once been stationed there himself).

It was a question to me from Isabel (one of Gangi’s three great-grandchildren whom he never got to meet) that finally prompted me to research this book: “what did great-granddad do during the war?” I told her what I knew. It was enough to satisfy her curiosity but no longer enough to satisfy mine. I only had a few pieces of a much larger jigsaw and I wanted them all.

I sent off for his service record. It took a few weeks to arrive and, at first glance, was disappointing. It consisted of just two pages, containing mostly dates, acronyms and abbreviations, and seemed almost indecipherable. As I studied it more carefully, however, I came to view it as a series of clues. The tales Gangi had told me as a child now had a context and a bigger picture started to emerge. It was as if Gangi was helping me to solve the puzzle, just like one of the Daily Telegraph cryptic crosswords we loved to do together. Writing this, I feel closer to him now than at any time since he died.